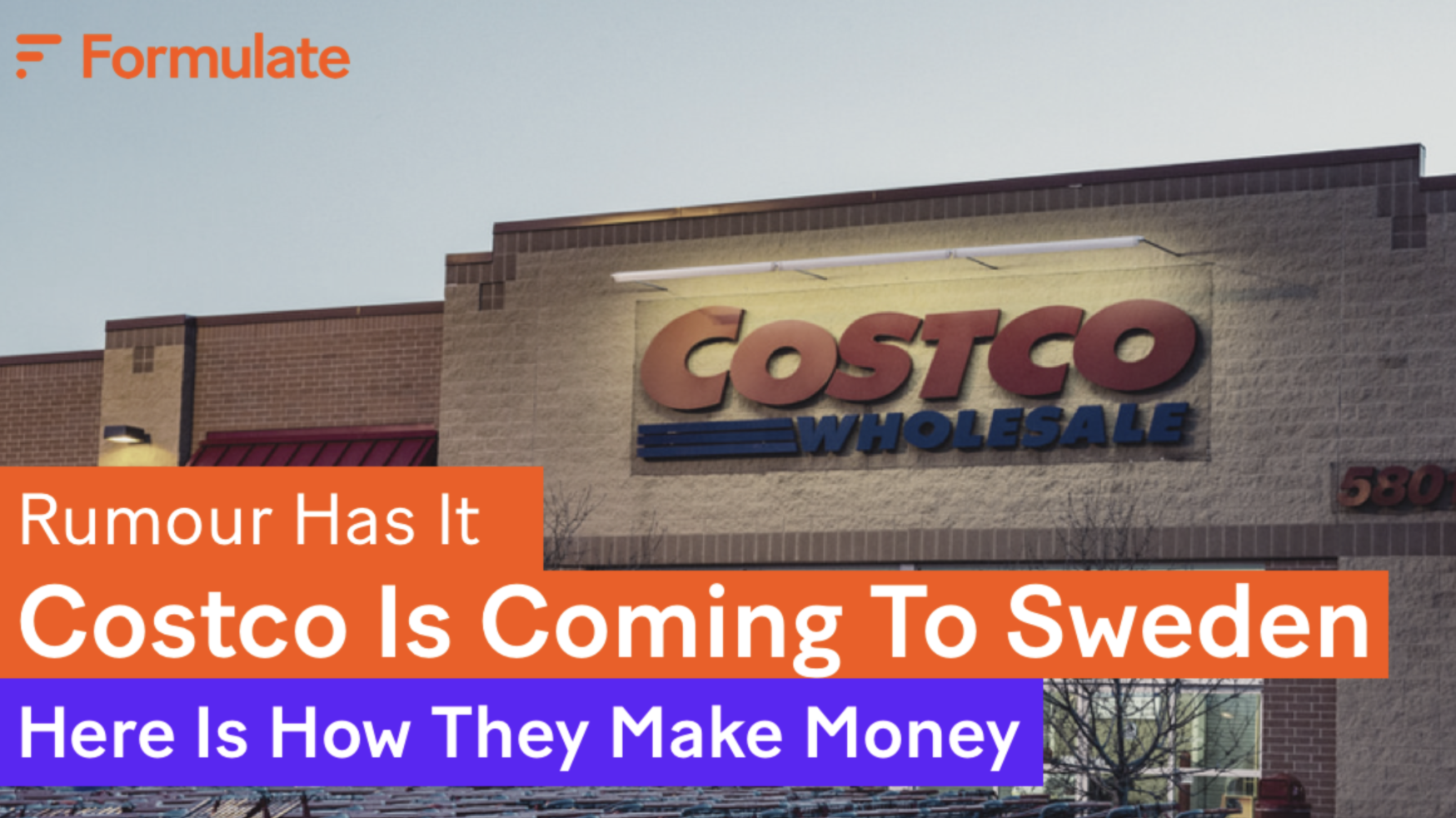 There have been recent reports that the US retail company Costco is coming to Sweden. With a whopping 142 billion USD in net revenue 2018, Costco is bigger than both Ikea and H&M. However, it’s not primarily the size that makes Costco impressive, but how they reached that size with a unique business model. Here is what we’ve learned.

Costco is formally a warehouse club that uses economies of scale to bulk buy large quantities of goods at low prices. To shop you must purchase a membership that costs from 60 USD to 120 USD per year. The membership fees are where Costco makes the majority of its profit since it sells its goods and services at a very low markup. In 2017 the renewal rate was around 90%. It’s rumoured that Amazon modelled its Amazon Prime membership based on Costco.

Costco offers consistently lower prices than its competitors and has capped its margins at around 11% on average in 2017. That means that for every 100 USD it spends on purchasing goods it sells them for 111 USD. This is including its private label brand, where Costco has significantly higher margins, and thus Costco’s margins on national brands are likely significantly lower than 11%.

A typical Costco store stocks less than 4000 products, less than the 50 000 that can be found on a large food retail store. Fewer products mean increased purchasing power for Costco but also reduced need for employees and less complex distribution and store management.

More of a Warehouse Than a Store

At Costco, products are sold on pallets much like a warehouse which is a big difference to the cozy atmosphere and careful lighting seen in many Swedish retail stores.

Of the products that Costco stocks, almost everything can only be bought in bulk and in one size. We are talking 10 litres of juice or 20 packages of spaghetti. This also means that Costco carries a very narrow range of brands. Not only does Costco carry items in one size, but its low product count means it only carries very select brands, basically “one ketchup, one bottle, one package, one choice”.

US retailers such as Walmart and Amazon have a less than stellar record of employee management. Costco, on the other hand, pays higher than average salaries and provides the employees with comprehensive benefits and pension plans. In fact, it has an employee turnover of only 6% which is less than half of that of the (US) retail industry at large.

At Formulate we’d love to discuss Costco with you, but also about how you can make your pricing and promotion more competitive by leveraging your data with our predictive AI-service.

Sign up to receive stats, data, and insights that will help you keep up with retail trends

Thank you! Your submission has been received!

Oops! Something went wrong while submitting the form.

“It’s a bit like a Google Maps for retailers –if you have a destination you want to get to with your promotion planning, Formulate can show you the best route to take.”

Black Friday: are you at risk of double-whammy discounting?

Formulate analyses and forecasts all your promotions, past and future, so it's easier to see what’s working and what’s not, make better and faster decisions, and succeed with supplier negotiations.